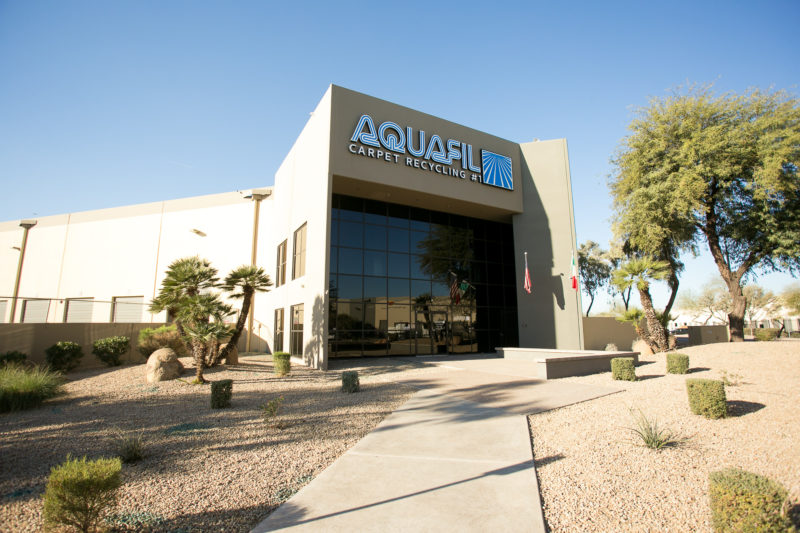 On Thursday 13th December, Aquafil inaugurated its first carpet-recycling facility in the States, in Phoenix.
160 guests – including customers, suppliers and sustainability experts – gathered at the 116,000 square feet new building to celebrate the Grand Opening.

As the President of Aquafil USA Franco Rossi said, 3.5 billion pounds of carpets are discarded each year in the States. Only two or three percent of this is recycled and often it is downcycled, the rest goes to landfills or is incinerated.

Aquafil’s new facility will turn each year 36 million pounds of old carpets destined for landfills back into raw material.

But what’s happening in this recycling facility? Old carpets are break down into their three main components:

Nylon 6 fiber, in fact, will be shipped to Aquafil’s Slovenia depolymerization facility and converted, together with other plastic waste, into brand new ECONYL® yarn for the fashion and interior industries mainly.

Giulio Bonazzi, CEO for Aquafil, said that the idea of creating a network of carpet recycling facilities started 20 years ago with a conversation he had with Interface’s Ray Anderson.
“In a circular economy industry, we should manufacture everything with the end in mind,” said Giulio Bonazzi.

Dayna Baumeister, the founder of Biomimicry 3.8, spoke at the event as well as David Oakey, the well-known carpet designer from Interface. Oakey noted, “I think Ray Anderson is smiling today.”
Ray Anderson, the deceased founder of the carpet flooring company Interface, in 1996 declared that his company would become sustainable and established the mission “Mission Zero 2020”. Aquafil and its president Giulio Bonazzi were among the first suppliers to respond to his call to action.

But this facility, ACR #1, is only the first of many. Indeed Franco Rossi, President of Aquafil USA, announced on stage the opening of a second carpet recycling facility in Woodland, California in 2019. 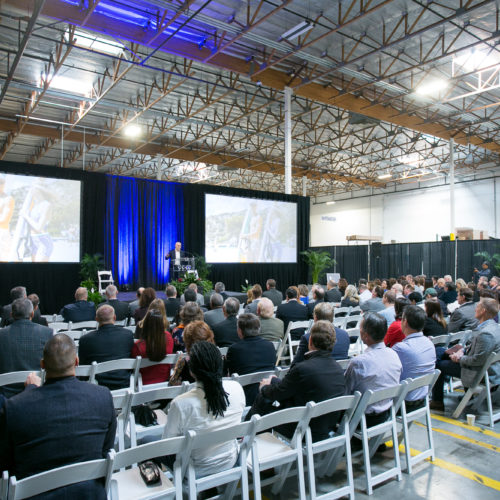 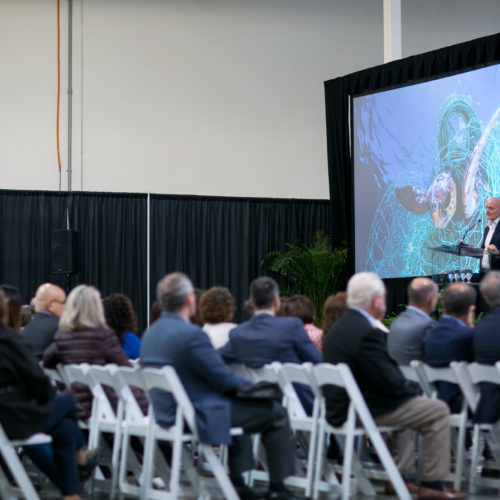 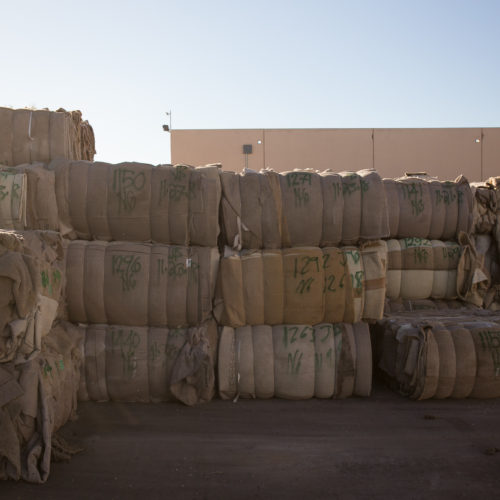 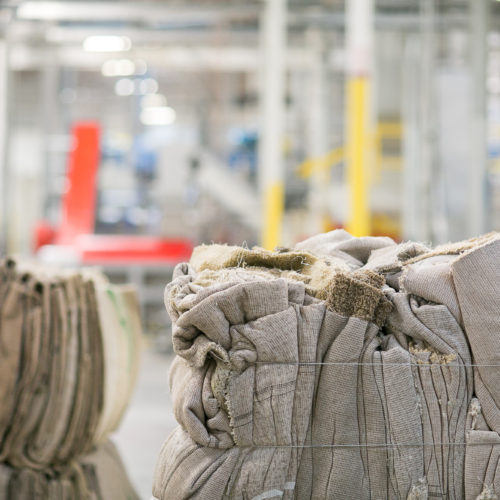 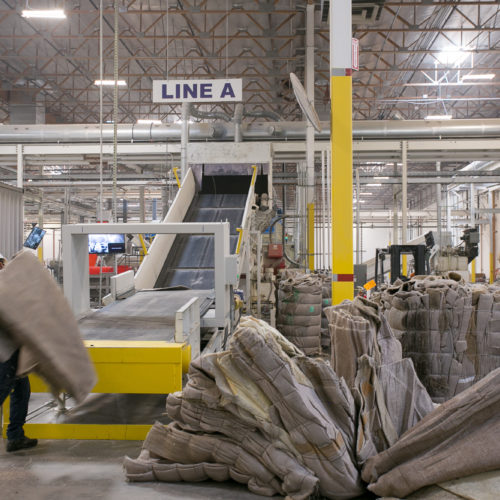 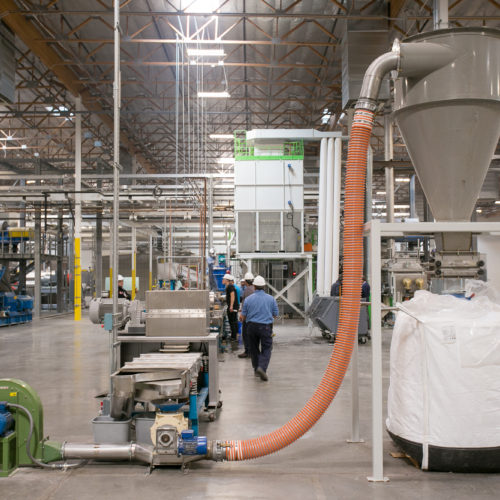 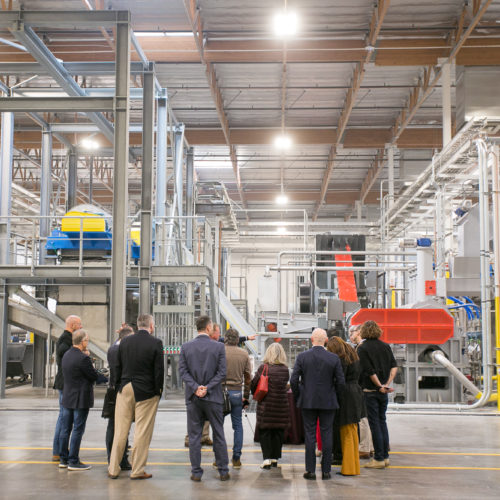 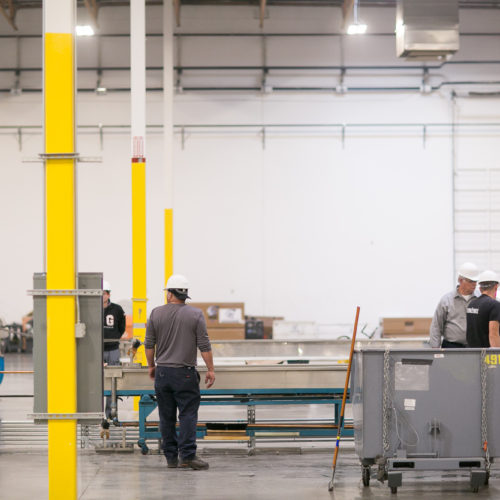