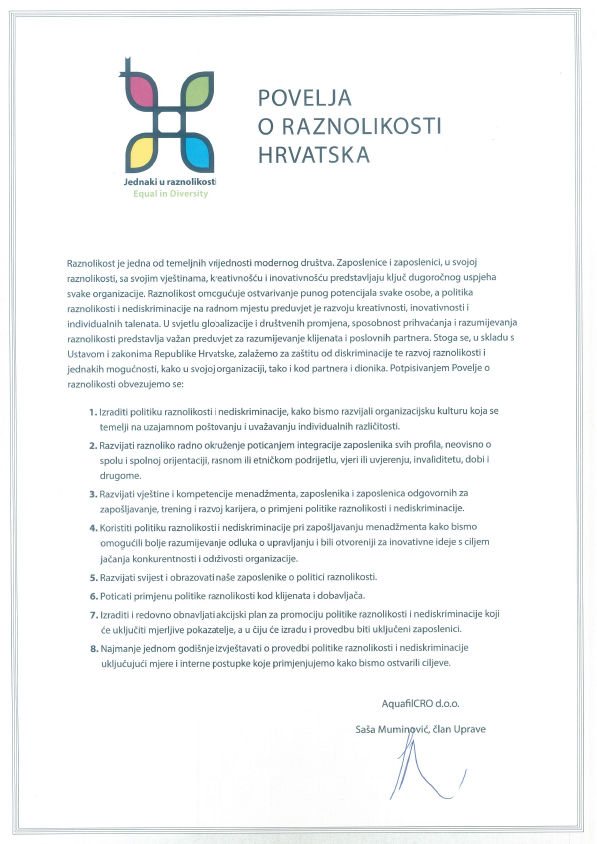 On 4th of October 2017 the Croatian business council for sustainable development (HRPSOR) organised a solemn initial signing of the Diversity Charter Croatia.

By adopting the Diversity Charter business and  public organisations undertake to implement the policy of diversity and non discrimination in their working and business environments. The organisations that have adopted the Charter are held to implement the policy  of respect for diversity, enforce and promote the diversity principles and report on their activities in this field. The Diversity Charter is a voluntarily initiative launched in 16 countries and supported by the European Commission.

On behalf of AquafilSLO the Charter was signed by the member of the board dr. sc.  Saša Muminović. 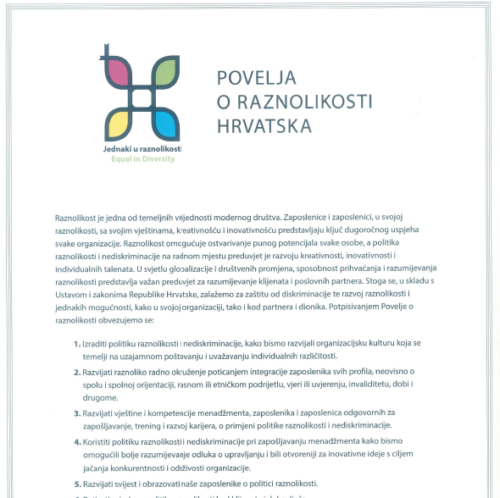 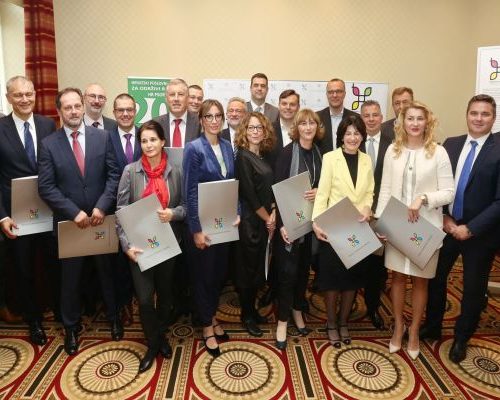 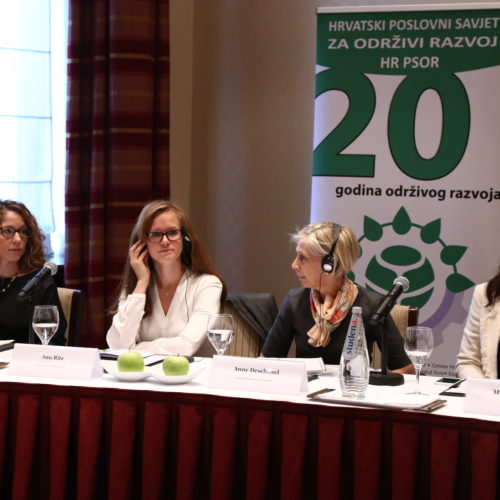 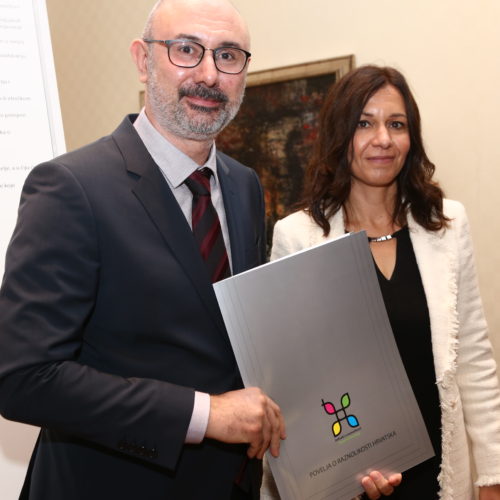 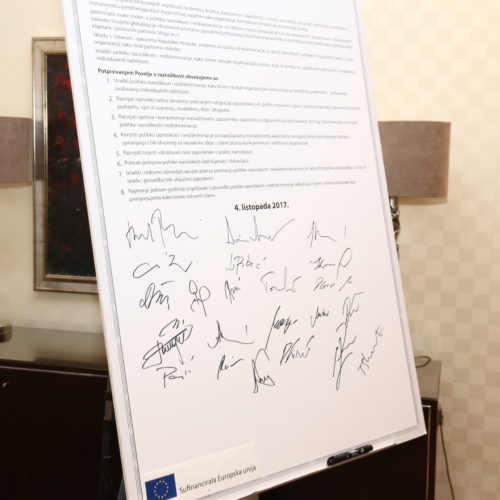