On November 8th, Giulio Bonazzi, Chairman and CEO of Aquafil, attended the 2018 Web Summit edition together with CEOs and founders of the world’s biggest companies, the most promising new startups, influential investors and leading journalists.

“Is fashion finally cleaning up its act?” was the topic for the panel discussion of Giulio Bonazzi and Livia Firth, founder and creative director of Aco-Age. Moderated by Isabel Hilton, Founder & Editor of Chinadialogue.net, Giulio Bonazzi and Livia Firth spoke about the challenge to create a system in which consumers buy, use, and then return an item to the manufacturer to make another product.

Attended by over 70,000 people, the Web Summit has been described as “the best technology conference on the planet” by Forbes; “where the future goes to be born” by The Atlantic; and again “a grand conclave of the tech industry’s high priests” by The New York Times. Additionally, the Web Summit is the world’s largest gathering of international journalists, attracting more than 2,500 global journalists from publications including Bloomberg, Financial Times, Forbes, CNN, CNBC, and the Wall Street Journal. 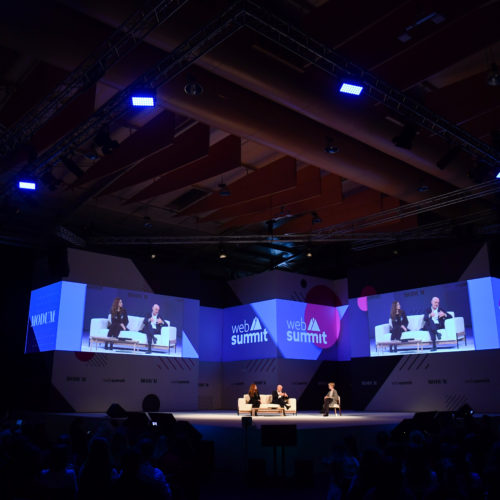 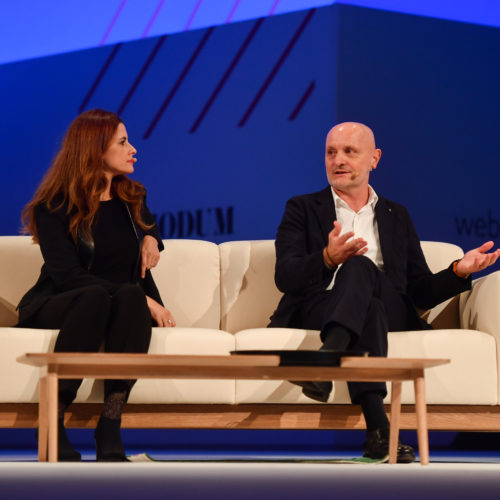